We have investigated the effect of effluent on the migration of eels. ELFI revealed that effluent has a strong attractive effect on eels at some locations.

The ELFI demonstrated the use of the fish passage by elvers. Mark-recapture (VIE tags) revealed that there could be a considerable period between arrival and use of the passage. Follow-up monitoring took place in 2020.

Wageningen Marine Research (WMR) carries out national monitoring of elvers with dip nets. In addition, a three-year comparative study is being conducted between the dip net and ELFI. Mark-recapture methods are also being used, by means of VIE tags, to gain insight into the barrier effects of structures (locks, pumping stations, dams). Results are published in ICES WGEEL (Working Group on Eels).

The map below shows the locations where ELFI research in 2020 has been carried to date.

ELFI has now been deployed more than 60 times for a period of at least three months, in both salt and freshwater. At some locations, monitoring was carried out for several years in a row or with several ELFIs simultaneously. 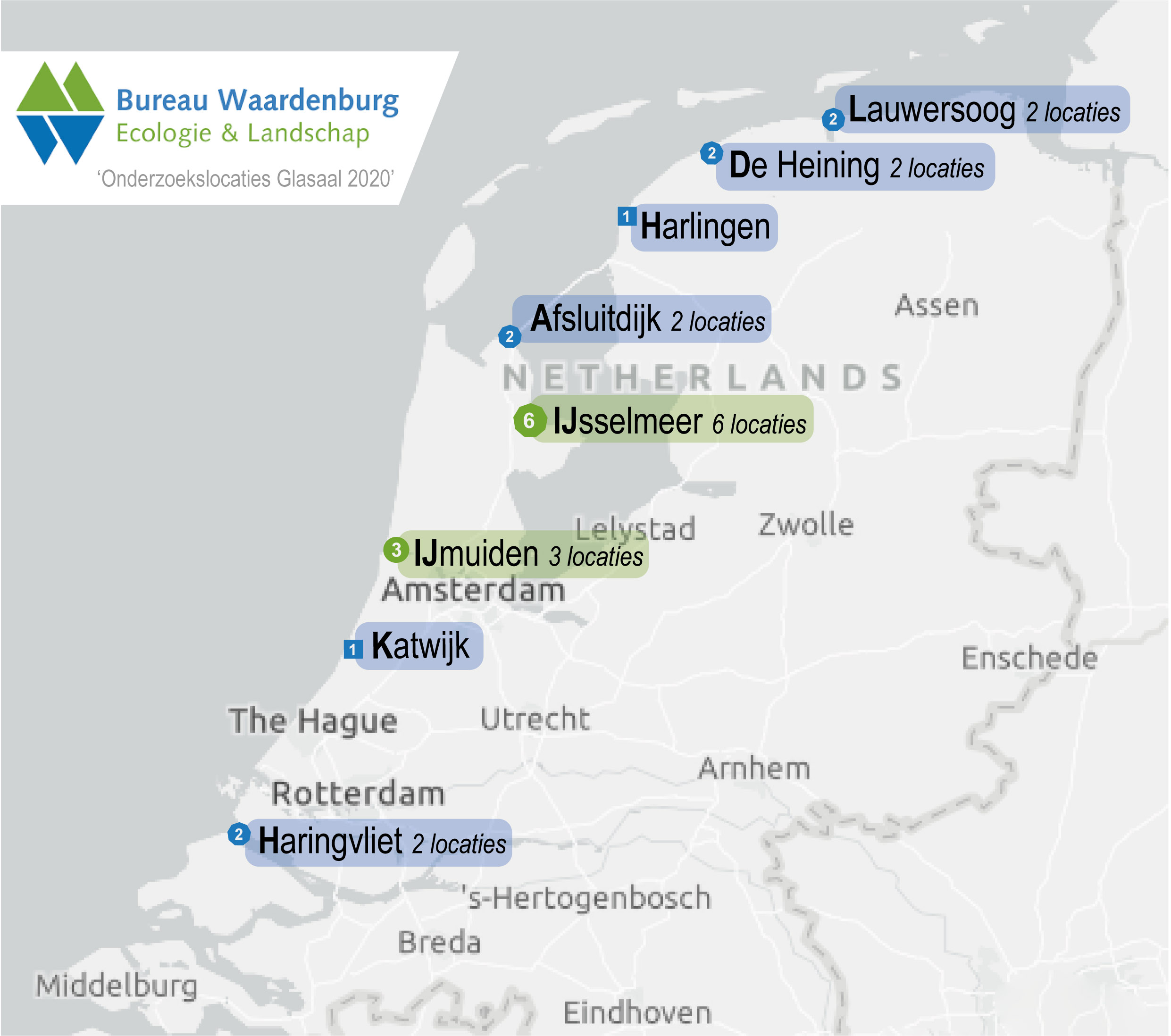